BCT Aspire’s Managing Director Paul Burgum has only a week to prepare as his biggest challenge yet looms ever closer. Even more epic in scale than his previous walks, Paul will continue to challenge the boundaries of his mental and physical state to raise money and awareness for two brilliant causes- The Sick Children’s Trust and Daisy Elliott.

Unlike his previous walks, Paul will have to overcome a language barrier as his third excursion is set to start from the well known destination of Monte Carlo in France, culminating with his arrival in Billingham – all without money or a support crew. Walking the entire way till he reaches the French coastline, Paul will seek a lift across the channel before he finally cycles home to Billingham.

The condition was first flagged up by Mam & Dad Claire & Paul when Daisy began having Epileptic seizures from the day she was born. After a stay in neo-natal unit at North Tees Hospital, Daisy was transferred to the RVI Hospital in Newcastle to gain specialist care and when finally diagnosed with the condition Daisy was referred to Great Ormond Street Hospital for treatment.

Paul & Claire are currently awaiting confirmation from Great Ormond Street Hospital to see if Daisy is able to have a hemispherectomy, an operation which part of the brain is removed or disconnected that will hopefully result in Daisy being seizure free and help her develop and grow.”

Due to all of the travel and time taken away from work this has meant the family are beginning to struggle financially which is why Paul has decided to choose to support them.

This links into the other chosen charity this year which will be The Sick Children’s Trust which run ‘Homes from Home’ for families of sick children so they can stay close by to their child whilst they are being treated in hospital. This obviously helps in terms of saving the family money and also meaning they can be close by. Paul Elliott stayed at Crawford House, one of The Sick Children’s Trust’s houses during Daisy’s time at the RVI in Newcastle. Further to this Paul had fundraised for other children in the past who have stayed at the house.

Caroline O’Doherty, Campaigns and Appeals Manager for The Sick Children’s Trust added: “Paul is the first member of the Entrepreneurs Forum, which have kindly chosen us as its charity of the year, to undertake a fundraising challenge for us. We wish him the best of luck and urge anyone who sees him on his adventure to cheer him on and ideally give him a lift across the channel so he can finish it in one piece!”

The walk itself could take up to 6 weeks and Paul has been learning French over the past 6 weeks to give him a chance to gain support from local people. Paul will carry everything he requires on his back and hopefully show the strength of human kindness that can even cross language barriers.

Paul has also chosen a single by massive 90’s Band Dodgy to be his Official Walk Song. The song he has selected by this fantastic 3 piece band is their brand new single ‘Only a Heartbeat’ which is sure to keep up Paul’s momentum and raise his spirits on his travels.

The walk links to Paul’s work with BCT Aspire which aims to raise the aspirations of local children and young people.

Paul Burgum said “I know that when people hear about the scale of my walks they are often amazed but I simply take it one step at a time. As someone who has battled numerous mental health issues I know that quite often I struggle with the simplest tasks, but by challenging myself in areas I am good at I aim to make the daily tasks feel easier. I am worried this year about my lack of language skills and I have been attempting to learn French to help with the walk.  I am glad to be supporting both causes and hopefully we can help in some way.”

Due to the obvious costs involved in actually getting there and kit requirements Paul is desperately looking for corporate sponsors to support him this year. Through the walk Paul hopes to get great press coverage for the charities, his work and that of potential sponsors. 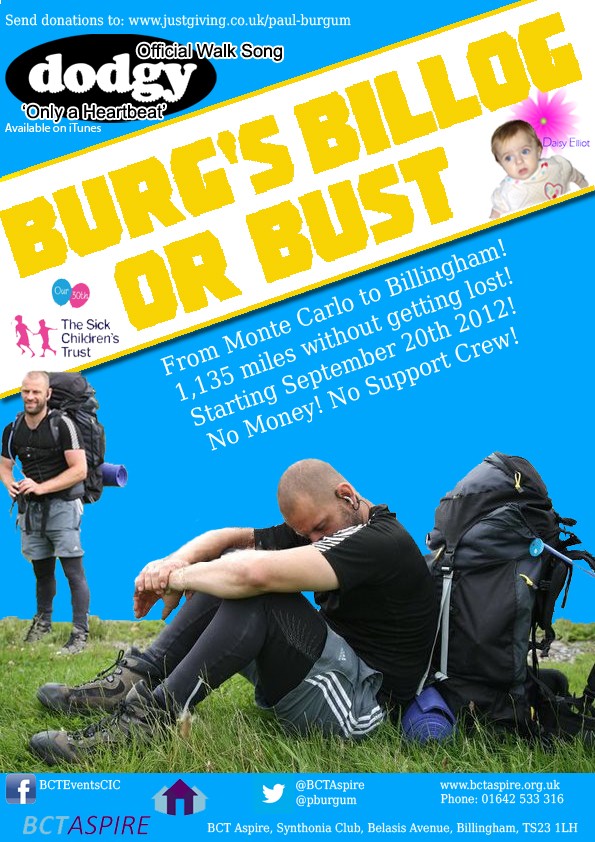 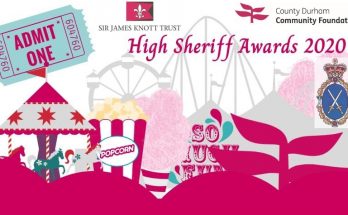 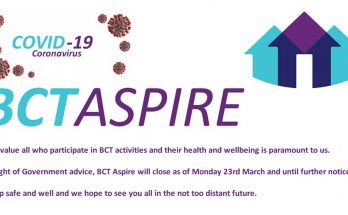 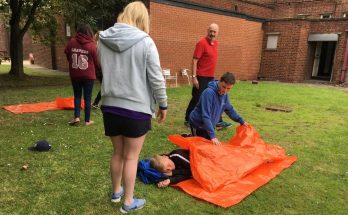